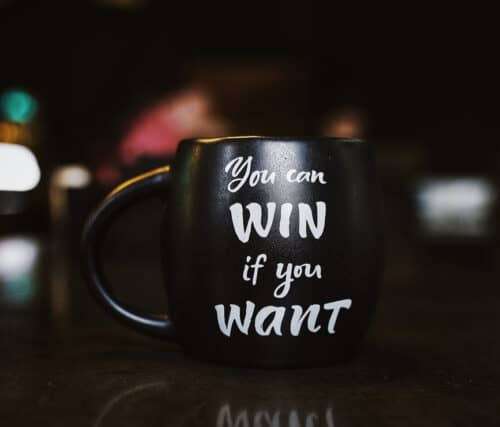 Sugandha (Name changed) was married to Shiv (Name changed) barely two years ago. Theirs was an arranged-cum-love marriage. Both had expressed their liking for each other while studying law together in a prestigious college. After a brief stormy courtship, they got married. A couple of months after the marriage, Shiv started nagging Sugandha for dowry. Unabated bickering in the household snowballed into a routine rumble- tumble, leading to a constant domestic violence. After a year or so they were blessed with a girl child. However, things didn’t improve even after the birth of a cherubic child.

A distraught Sugandha attempted suicide one day, but destiny had willed it otherwise. A bosom buddy came calling one day and asked her to accompany her to a theme talk on “How to defeat stress to live a life on your terms?” to which she consented willy-nilly. The fateful day proved to be a harbinger of happiness soaked in rosy dreams of a better tomorrow. Today, Sugandha, a free bird, is leading a life on her own terms with her six-year-old daughter Kashish. She runs an elite boutique in the city’s posh sector, away from the persistent nagging and traumatic life that gives her shivers even today.

Rsjs This is true of the teeming millions of Sugandhas and their ilk. This shows how a small pep talk can metamorphose our lives for the better. If we mortal souls go into a huddle and remonstrate, we come to sum up how a tiny moment in your life can bring about a significant change in our stressful lives. We the human beings are, by nature, aggressive, exhibiting our false egos and frayed tempers. We get provoked without any rhyme or reason. Whereas we can easily create a win-win situation if we stay cool and composed in the trying times. A small pep talk may empower us with oodles of energy and turn the tide in our favour. This flushes out our negative energy and pumps in positive energy.

Our own life abounds in highs and lows that give us a reason to rejoice or to be unhappy for some plausible reasons. During our childhood days of yore, our doting parents fed us the needed impetus to stand tall amid the struggling peers. We vividly recall how our mothers helped us when we took our baby steps to learn the art of walking. They supported us when we fell flat on the floor, citing examples of certain inspiring personae to boost our moral strength. I reminisce how my grandma, an amazing storyteller, would narrate to us the inspiring stories of kings and warriors to make us mentally strong. Those insightful stories are still etched in my mind. So, a small inspiring narrative from the lives of our heroes gives us a reason to emulate them.

In our day to day life, we meet and greet people and exchange pleasantries. When we meet a good friend, we exclaim in sheer joy “You look dapper in this earthy dress today!” He feels so elevated that the feeling remains on his head throughout the day. When we go to see an ailing acquaintance, we normally cheer him up, saying “You look much better than yesterday. You’ll be back to the pink of health sooner than later” These pep push-ups give him the needed strength to fight even a freakish disease. And, see his reaction when someone calls on him, saying “Oh my god, you have grown so frail and feeble!

One of my first cousins too had been cornered by this rare disease. Despite a whole lot of medical care offered to him, he had succumbed to the disease”. The negative thought shoves him into abysmal trauma. We have examples abound to cite to substantiate our standpoint how pep talk impact our sensibilities.

A Panchtantra story brings to the fore an inspiring anecdote in this regard. The story has it that a notorious dacoit would waylay wayfarers and loot them, some time even killed them. A sage once happened to pass that way through the dense woods. He was carrying his belongings in a bag of jute. “Stop and hand over the bag to me else you will be get killed,” he said in his gruff baritone. The sage requested the enraged dacoit to spare a minute as he had something important to share. He agreed shooting a stony stare at him.

The sage took him on a trek down the memory lane when he (the dacoit) had to run away from home after killing his kind-hearted parents in a fit of frenzy. The sage told him that if he did not shun unleashing terror on the innocent people, he is sure to shove into the Hades. Flabbergasted at the revelation, the dacoit asked him the way out. “Stop orchestrating violence on them and atone for the sin committed by killing his parents”. The dacoit became a saint of the times!

2 thoughts on “How pep talk can change your life!”

We have detected that you are using extensions to block ads. Please support us by disabling these ads blocker.

I Have Disabled The AdBlock Reload Now